(Law No. 5366-based) Urban Renewal Processes in the Historic City

meeting point: 9.30 am in front of the Londra Hotel

Law no. 5366 on the ‘Preservation by Renovation and Utilization by Revitalizing of Deteriorated Immovable Historical and Cultural Properties’, forms the basis of the recent urban transformation projects in historic neighborhoods of Istanbul. With its approval by the Council of Ministers in 2005, this law has caused a dramatic change to the dynamics of the urban land transformation processes within the old city. Following its enactment, a series of historical neighborhoods are declared as renewal areas by the authorities including the three pioneer projects in Tarlabasi (Beyoglu), Sulukule (Fatih) and Suleymaniye (Fatih). So far, the law, or the way it is being implemented by the authorities, has proved to be a good recipe for the expansion of gentrification via urban renewal projects to areas that have remained untouched during the earlier rounds of gentrification.

The workgroup ‘code 5366’ will trace the role and effects of this new law in the transformation of the urban policies and processes within the city of Istanbul. During the course of two days, we will visit three different sites (Tarlabasi, Suleymaniye and Sulukule) that are subject to law-based renewal in the past few years, that base on different models and are at different phases of the renewal process. We will meet with different actors related with the renewal processes including the officials/consultants of the municipalities, local residents and representatives of neighborhood associations. 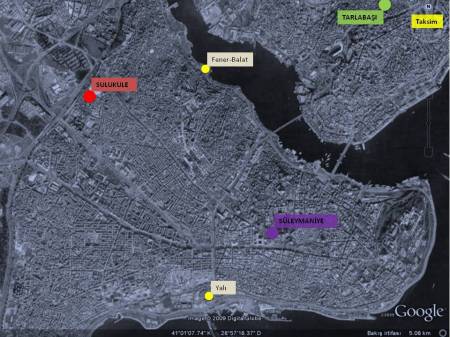 Located in the centre of Istanbul, Tarlabasi is a mixed zone that is highly stigmatized and associated with crime in the perceptions of the general public. In February 2006 parts of Tarlabasi were announced as regeneration area comprising 9 blocks and 278 plots. The regeneration project is based on a public-private partnership model, where Beyoglu Municipality has designated the project area and opened to bid and the highest bidder, GAP Insaat, has taken the responsibility for the preparation and implementation of the renewal project. 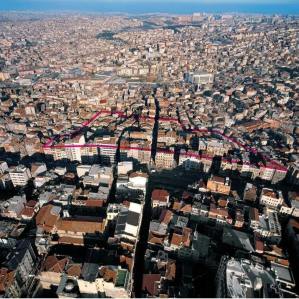 Tarlabasi before and after the renewal project (Beyoglu Municipality, http://www.tarlabasiyenileniyor.com)

Situated along the Byzantine city walls on the Historic Peninsular, Sulukule was known for housing a Roma population for decades. Just like Tarlabasi, Sulukule was also highly stigmatized in the minds of the mainstream populations mainly as being a host to drug users and traders. The former residential inner-city neighbourhood, now a dilapidated and abandoned land, was declared renewal area in 2005. Administered by the cooperation of Fatih Municipality, TOKI and the City Municipality, the renewal area contains 12 blocks and 382 plots. 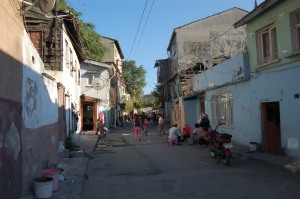 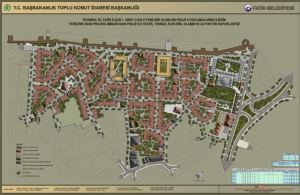 Süleymaniye again is located on the Historical Peninsular, close to Süleymaniye mosque, one of the major touristic sites and future metro hub. Since the 1950s, a young, mainly male population from the Eastern Anatolia (esp. Sivas and Yozgat) resides in the dilapidated housing of the neighbourhood working in the (informal) waste management of the city, as streets vendors or daytallers. After it had been declared renewal area three time in the past without every seeing any project, it got targeted again as “Museum city” project in 2004 comprising 848 houses.

We would be happy, if you could take a look at the following

Law no. 5366: Preservation by Renovation and Utilization by Revitalizing of Deteriorated Immovable Historical and Cultural Properties’: download here: Law 5366